What Exactly is Bat Rolling?

Everyone knows by now that the longer you hit a composite bat the better it performs but everyone does not know about the speedy bat break in process known as bat rolling. This procedure is a quicker way to break in a bat; otherwise known as ABI (accelerated break-in). A new composite bat has layers of fibers that are held together by resin. The resin will break down when pressure is placed on the bat; by striking a ball or bat rolling. 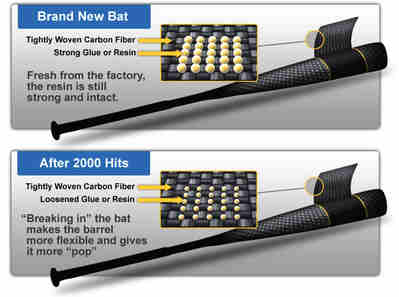 The bat is placed between 3 rollers (most articles will say 2 rollers because they do not roll bats, just write articles), 2 upper rollers and 1 lower roller. There is a handle on the top of the bat rolling machine to crank the top 2 rollers down to add the needed pressure. The side handle is used to run the bat through the roller either perpendicular or parallel. 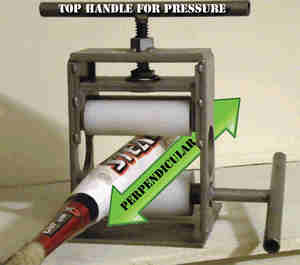 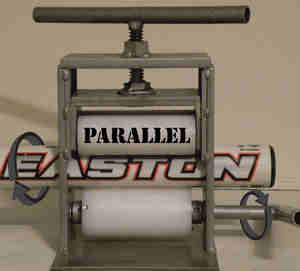 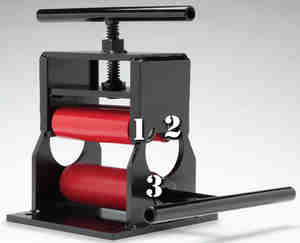 The pressures are determined by the roller operator or he gets his maximum pressures from a bat rolling guide. Once the bat has been rolled around and through the rollers the composite fibers are now loosened and more flexible. This increased flex will cause a trampoline effect propelling a batted ball further. Stretches and breaking up the resin fibers will also lengthen the sweet spot of a bat. Here are the 3 big questions I hear about bat rolling the most.

There have been quite a few unscientific studies on YouTube other various websites. All seem to agree on the numbers of 20-40 feet increase in batted ball distance. I do concur on these numbers but I have seen some bats in the past increase distances up to 50ft. There has only been one scientific study on bat rolling and that was done in 2005 by Daniel Russell PhD. His data showed bat rolling produced 20-35 feet more distance than a stock unaltered bat under the same circumstances. Each composite bat is manufactured different and therefore each one responds differently to bat rolling. Another factor when measuring the increase in distance would be the size of the barrel and length of the barrel. A shorter barrel, when broken in, will produce a smaller amount of distance than a longer barrel because it will flex more. A bigger barrel will also flex more than a smaller barrel. The bottom line is that bat rolling works. 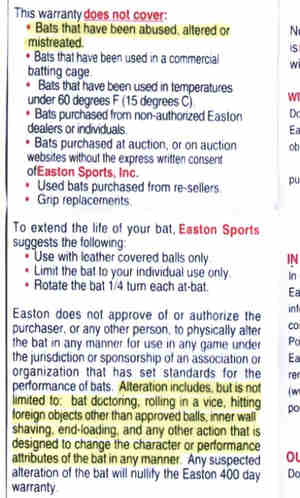 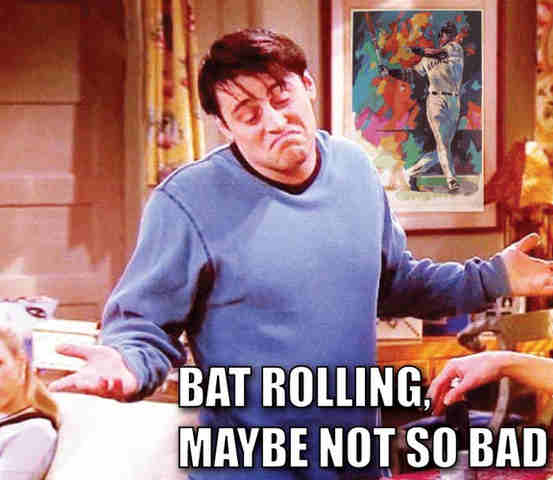 Can Bat Rolling Be Detected?

I am unaware of any detection device or tool at this time. The only thing that comes close to a detection device is a compression tester. They measure the pounds of pressure per square inch and associations have set limits on the allowable pressure of a bat. Basically if the bat is broken in too much it could go under the allowable pressure and be deemed illegal but I have rarely seen a bat rolled go under the minimum psi number. Some keen umpires, coaches, or league directors could possibly tell a bat was rolled by a visual check. They could see thing such as roller marks on a bat. These would run along the bat parallel or perpendicular where the roller has cut into the top layer of composite. Most experienced bat rollers will not leave these marks. 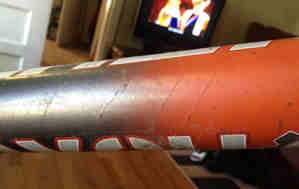 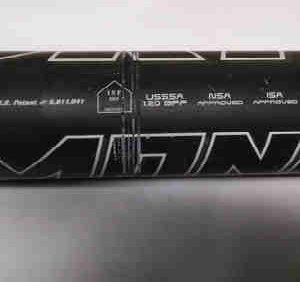 Bat rolling is the accelerated break in of a composite baseball or softball bat for the purpose of better performance. It comes down to a few weeks of batting practice or a few minutes in a bat roller to achieve the same goal. 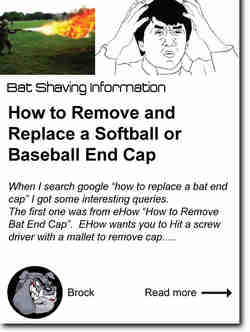 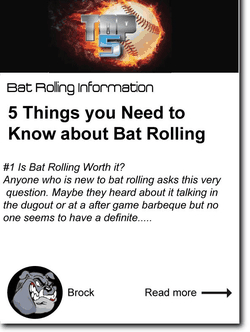 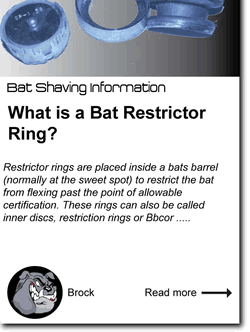 » Contact us » About us » Testimonials » FAQs Bat Rolling » Terms and Conditions » Big Dawg Blog
Information
Articles
» FAQs Bat Shaving » 5 Things you Need to know About Bat Rolling » The Popular and Shady Side of Bat Performance: Shaving and Rolling » What is a Bat Restrictor Ring? » How to Shave a Softball Bat or a Baseball Bat: Bat Shaving 101 » 5 Things you Need to know About Bat Shaving » 4 Different Levels of Bat Shaving Explained » What are the 2018 USA Baseball Youth Bat Standards? » Should I roll a bat that has been shaved?
It is not a criminal act but it can get you thrown out of a sanctioned game or tournament. All major associations have a no altering bat clause including: ASA, USSSA, USA Baseball, NSA, Little League, etc. Altering would include bat rolling, bat shaving, end loading, removing weight from the handle and basically anything done to a bat that is not associated with a ball striking a bat. Even though bat rolling is illegal it is not seen in the baseball or softball communities as a mortal sin. It would seem bat rolling is just like breaking in a new glove for better performance.